The McCarthys just delivered another enormous batch of home-grown produce (see A Salad of Bounty and Inspiration), among which were some beautiful yellow and green squash.

Dorothy sent me an Ina Garten recipe for zucchini pancakes, which looked delicious, but a bit too labor-intensive for my carefree summer frame of mind.

Instead, I just used the squash to make a simple and delicious zucchini kugel.  A kugel is a classic Jewish souffle made from sweet or savory ingredients.  This was so simple to prepare, so colorful and oh, so tasty.

I would suggest making this in an oven-to-table pan (like a Pyre pie plate or ceramic souffe dish).  Since squash has a very high water content, this kugel is crisp on top but rather mushy on bottom.  Therefore, it is best served directly in the crock in which it was baked. 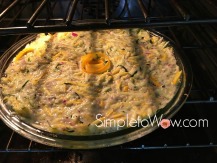 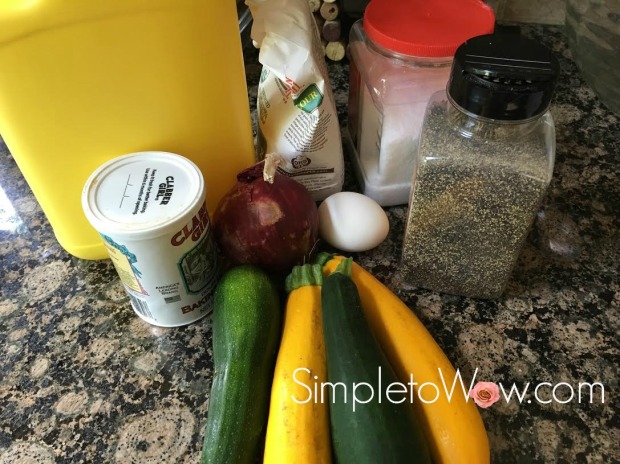 For garnish, peel two wide slices of squash before grating the rest. 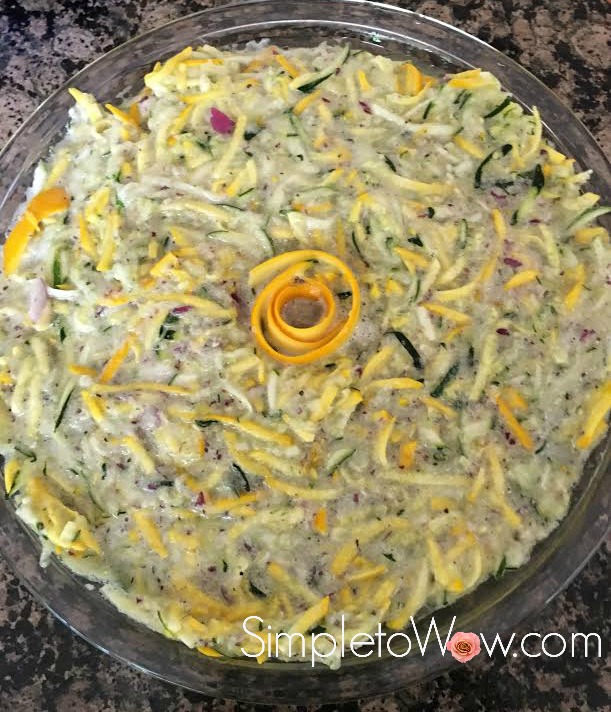 Bake for 40 minutes or until golden-brown on top. 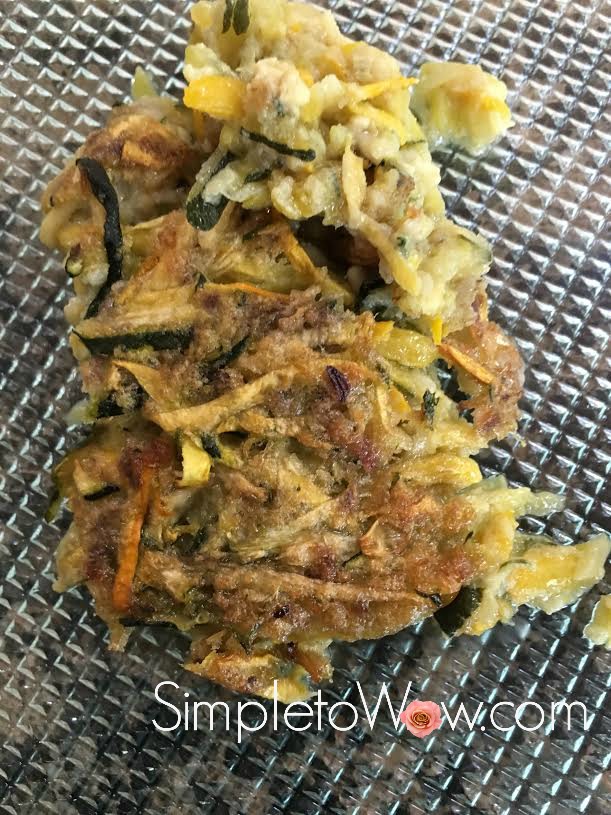