Cut daffodils are for sale and that signals that spring is near.

I was so excited to see the sunny daffodil blossoms.  I decided to create a grouping of yellow floral arrangements to welcome and complement the gorgeous daffodils.

For this yellow floral sequence, I chose to use two glass vases and two silver vases.  I found yellow tulips, yellow sunflowers and yellow alstroemeria to complement the daffodils.

I cut the sunflowers to be two inches higher than the vase and then stuffed some of the trimmed leaves around the top to fill in the gap so that the flowers would stand upright in the wide vase.

I used a narrow-necked glass vase for the daffodils.  I trimmed the daffodils so that the blossoms would float right over the top of the vase and the stems would not reach the bottom.

I trimmed the tulips to three inches taller than the top of the vase and gathered them so that the most upright tulips were in the center.  I faced the rest of the tulips to the outside. 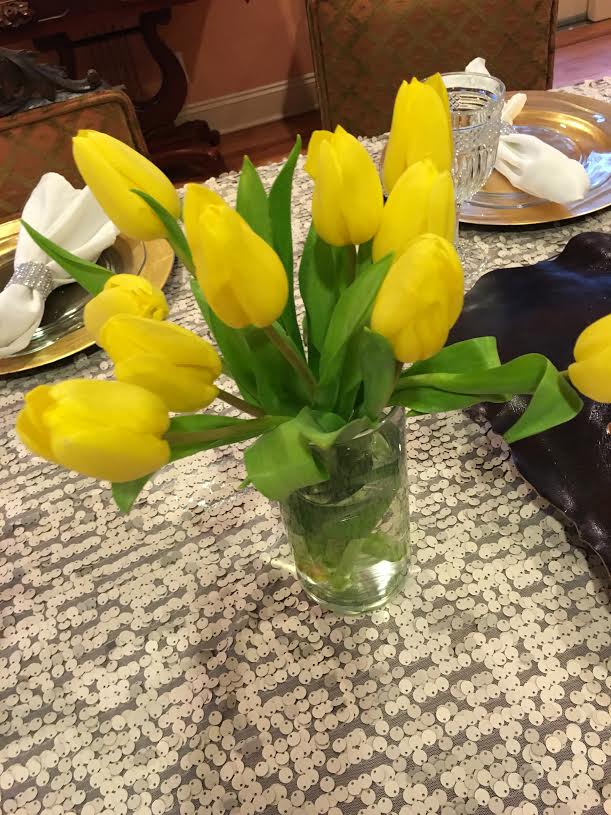 What a sunny yellow grouping!