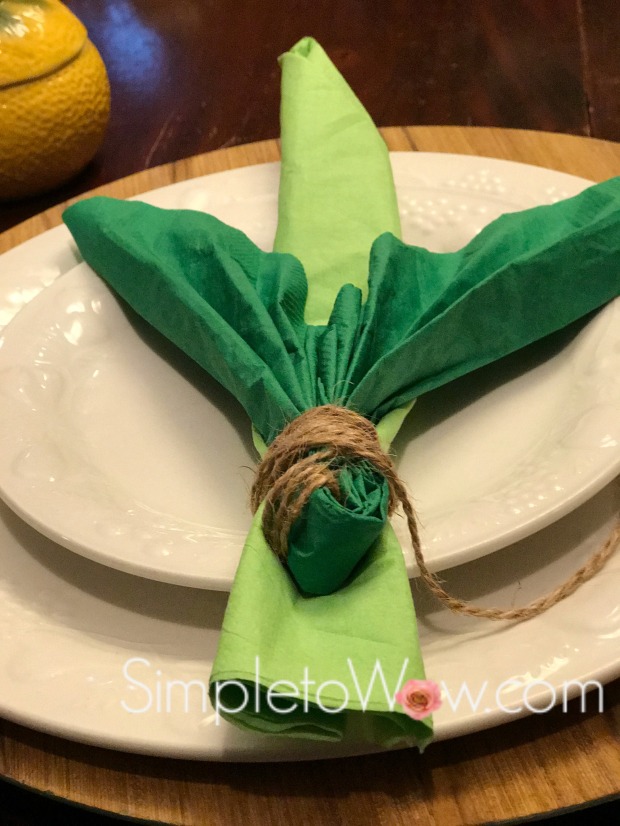 Among other mitzvos (Jewish commandments) unique to Sukkos (Jewish Feast of Tabernacles),  we acquire a set of Arba Minim (Four Species).  Each of the Four Species has its own unique character:

The Lulav (palm) is an impressively tall and straight green date palm branch with tightly bound leaves.  It has a sweet date flavor  but no fragrance.  The Lulav represents the Jewish scholar, who has impressive Jewish knowledge but lacks good deeds.

The Hadasim (myrtle branches) are fragrant branches with a spectacular waxy pattern of three leaves protruding from the same point.  Hadasim have fragrance, yet have no flavor.  Hadasim represent those who distinguish themselves with good deeds, yet lack Torah scholarship.

The Aravos (willow branches) are branches with smooth-edged oblong-shaped leaves.  They have neither fragrance nor flavor.  Aravos represent those who lack deeds and scholarship.

The Esrog  (citron) is a yellow lemon-like citrus fruit with beautiful fragrance and flavor. The Esrog represents those impressive Jewish scholars with both knowledge and good deeds.

We tie all the branches together: two Aravos on the left, one Lulav in the center, and three Hadasim on the right.   We recite the following blessing:

Blessed are You, the Lord of the world, Who has sanctified us in His commandments and commanded us to hold the Lulav

We then raise all Four Species and shake them as one unit in all six directions (forward and backward, right and left, up and down).  The six directions represent G-d’s dominion over the entire world.

To allude to the lulav tradition on Sukkos, I created a lulav napkin fold using two paper napkins.  As long as the twine has been cut before the holiday, these napkins can be easily folded and assembled on Yom Tov (Holiday).

Lay each of the light green napkins flat on the table.  Unfold so that it is folded in half lengthwise.  Fold each corner toward the middle to create a point.   Roll or fold  to create the long part of the lulav. 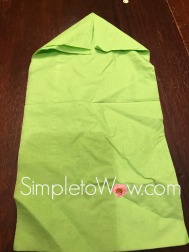 Lay each of the dark green napkins flat on the table.  Unfold completely and then fold on the diagonal to form a large triangle. 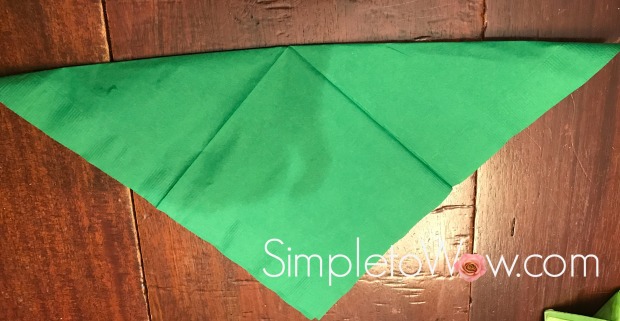 Fold in small sections, back and forth, to create a large fan.

Fold fan in half to form a large “v” shape.

Gently wind the cut twine around and around the two napkins, securing the dark green napkin “leaves” to the lighter napkin lulav. Secure the end of the twine by tucking it in.